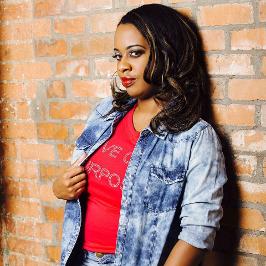 Stephanie Denise Knowles was born on August 3, 1977, to the parents of Clarence Knowles Jr. and Lee Autry Knowles in Dallas, Texas and grew up in Duncanville, Texas.  After receiving her high school diploma, Stephanie studied Sociology, Social Work, and Nursing at Texas Christian University where she earned a Bachelor’s of Arts Degree.  After receiving her Bachelor’s degree, Stephanie continued to pursue her academic dream and received a Master’s Degree in Organizational Management at Dallas Baptist University where she studied Business and became a Certified Conflict Resolution Mediator.

Stephanie recently received her Master’s Degree in Higher Education Administration and her minor in Christian Studies.   Stephanie has excelled in numerous areas within the business sector.  Currently, Stephanie is a Senior Project Manager at Transamerica Life Insurance Inc.  In just a short time with the organization, Stephanie has received numerous performance awards.  Her leadership and expertise in management has led to her success and many accomplishments within the organization.  Also, Stephanie pursued her career in education as a Learning Assistant at Texas Christian University.  Stephanie teached, mentored and counseled students at Texas Christian University.

In 2010, Stephanie launched 360 Life Transformation Inc. and was tjhe host of the 360 Talk Show on Fishbowl Radio Network.  This radio show inspires, motivates, encourages and transforms lives in a 360 radius.  Stephanie’s focus is to empower all individuals to succeed socially, economically, and politically through the Christian religion of faith.  Recently, Stephanie has launched her new talk show Power Talk with Stephanie Knowles.  This is an inspirational and motivational show that caters to building and uplifting people within the community.

Stephanie authored a book entitled “Bringing Out the Best in You.”  This is a 30 – day devotional book that provides daily inspiration and motivation in order to defeat the daily challenges of life in a healthy manner.